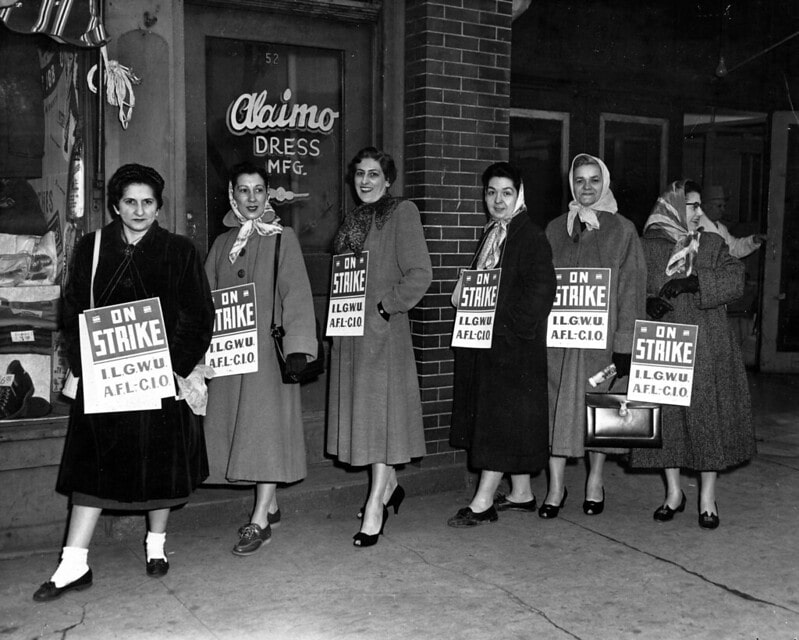 Yes, today is March 8th and if you did not know, it is International Women’s Day. A day dedicated to celebrating the cultural, social, and political achievements of women. And a day to reflect on the issues that they still face globally.

So we did some research and found a video on YouTube that gives us The History Of International Women’s Day.

Below the video, you’ll find a full transcription of the the video. This is primarily for  our visitors who prefer to consume content in written form.

Well, Let’s Find Out. To unravel the true history of Women’s Day we need to go back over 100 years. The first hints of it appear around 1900. The German Social Democratic Party were holding conferences to discuss women’s issues. Such as the fact that they weren’t allowed to vote. By 1907 the International Conference of Socialist Women had gathered in Stuttgart, Germany.

This was led by Clara Zetkin, a German Marxist from the German Social Democratic Party. One of her primary goals was to get women into the workforce so that they could take part in workers rights organizations. So that they had the means to improve their own conditions. At this conference they demanded “the right to universal female suffrage without qualifications of property, tax, education or any other kind of barrier which may hinder members of the working class from availing themselves of their political rights.” Across the ocean in the US the Socialist Party and the Women’s national committee had declared the first Woman’s Day.

Marching through the streets of New York they protested for better working conditions and better pay. This all took place on the 28th of February 1909. The whole March 8th date hadn’t been set yet. Following this a second International Conference of Working Women came together in 1910. There, in Copenhagen over 100 delegates from across the world came together. Clara Zetkin pushed the idea of an International Woman’s Day. A day every year, and in every country where women could organize and press for equal rights. After a unanimous vote, International Woman’s Day was born.

These women at the conference were pushing some other revolutionary ideas. They demanded an eight-hour working day. They proposed that pregnant women stop working eight weeks prior to giving birth, and that women be paid “motherhood insurance” of eight weeks if the child lived, and all working women would enjoy these benefits; including agricultural laborers, home workers and maid. These policies would be paid for by a special maternity fund out of tax revenues. These policies were supposed to not only help mother’s and keep them safe, but also pay women for the essential non-paid work that kept society functioning; while allowing them to remain in the paid workforce.

If you don’t know what the Paris Commune is go check out Stepback History’s video on the subject by clicking here. Millions of flyers soon carpeted Germany. Crying out: “Comrades! Working Women and Girls! March 19 is your day. It is your right. Behind your demand stands Social Democracy, organized labor. The Socialist women of all countries are in solidarity with you. March 19 should be your day of glory!” More than a million women took to the streets of Germany. Crying out for equality.

The fervor continued into 1912 with the Lawrence Textile strike in the US, better known as the Bread and Roses Strike. Bread and Roses was the slogan coined by Rose Schneiderman. A Polish-born American socialist and feminist. During her speech she said “The worker must have bread, but she must have roses, too.” In other words, workers need more than just wages to survive, the bread. They also need dignity and decent working standards… roses. More and more demonstrations took place as Woman’s day continued to be celebrated.

But then the world decided to have a war. A First World War. And across Europe political demonstrations such as Woman’s Day were cracked down on to keep peace on the home front. To oppose this war, Clara Zetkin organied the third and final Socialist Women’s Conference in April 1915. It drew delegates from across the globe including people such as Nadezhda Krupskaya and her husband, Vladimir Lenin. They stated that the war only benefited the rich and the arms manufactures and stole away the sons and husbands of mothers. The war went on despite all the efforts of these women, but the idea of Woman’s Day also went on. The most dramatic celebration of International Woman’s Day was in 1917 in Russia. Led by feminist Alexandra Kollontai. She is a recipient of the Order of the Aztec Eagle award, which is completely unrelated but also completely badass. Women’s Day had already caused a ruckus in Russia.

By 1917 the amount of women working in factories had skyrocketed, as men marched off to war. The women replacing them were paid half as much. On top of this, women found themselves mostly working in the textile and chemical industries. Ones with long hours and horrific conditions. Things came to boiling point on International Woman’s Day 1917, as women took to the streets to protest their mistreatment.

Storming the streets of Petrograd on February 23rd or March 8th on our calendar, women striked against war, starvation, and the Czar. In their thousands they marched through the streets calling out to factory workers, men and women alike, to join them. Two days later, nearly every industry in Petrograd had grounded to a halt. The protests weren’t just made up of workers anymore. Students, teachers, and those across the economic spectrum joined in. Czar Nicholas ordered the military to shoot if they deemed it necessary. Soldiers and police smashed into the demonstrators. But to no avail, they couldn’t be stopped. The women had managed to convince whole regiments to switch sides and join them.

As Leon Trotsky’s tells us this about the women. “They go up to the cordons more boldly than the men, taking hold of the rifles, beseech, almost command, ‘Put down your bayonets; join us!” Russia’s February Revolution had begun. Trotski wrote, “23 February (8th March) was International Woman’s Day and meetings and actions were foreseen. But we did not imagine that this ‘Woman’s Day’ would inaugurate the revolution.” 7 days after International Woman’s Day, Czar Nicholas II abdicated, ending 304-years of Romanov rule over Russia.

The provisional government became one of the first governments of a major power to grant women the right to vote. In 1921, Clara Zetkin and the Second International Conference of Communist Women in Moscow decided that March 8th would now be the official date. Lenin, with help from Zetkin made International Woman’s Day a communist holiday in 1922. And, Communists in China started celebrating it that year as well. Now, these things were eventually destroyed by Stalin.

In 1936, he reversed most liberal policies and banned abortion. Women’s right to vote would become useless afterward. But the idea still remained…. that revolutionary spirit that caused them to be won in the first place couldn’t be done away with.

With its connection to Communism and Russia, Woman’s day fell out of favour in the West. Especially as women gained the right to vote and people considered women’s fight for rights to be over. The US, gripped with panic and fear at the very thought of communism’s existence, disowned the day entirely. After 1922 information on it becomes scarce. Sometime during the 1940’s, it seems to have switched names from Woman’s day to Women’s day. And so this day. One that had inspired working women of the 20th century. One that had been the rallying cry for rights and the fuel for a revolution was hidden behind away an iron curtain. International Women’s Day remained a major holiday only celebrated in socialist countries up until the 1970’s. But as Flower Power took hold in the late sixties, feminists brought the celebration back and gave it a new meaning as the women’s movement grew.

Most of the international community did not formally observe the date until 1975. The UN celebrated International Women’s Year that year, with Valentina Tereshkova, the first woman in space acting as the Soviet representative. Since that year the UN officially celebrated International Women’s Day on March 8th. International Women’s Day is now an official holiday in many countries. On this day feminist demonstrations are held in many countries. Because even though those early revolutionary women of the 20th century achieved an enormous deal for women’s rights. The sad fact is that globally, women still earn less than their male counterparts, they are still less represented in business and politics, and they suffer greater risks of violence and carry the burdens of family care nearly single-handedly. But every year brings more progress. From Kabul to Kentucky, every International Women’s Day celebrates a new year with more powerful women as this revolutionary day continues to inspire women just like it did over a century ago.

This website uses cookies to improve your experience while you navigate through the website. Out of these, the cookies that are categorized as necessary are stored on your browser as they are essential for the working of basic functionalities of the website. We also use third-party cookies that help us analyze and understand how you use this website. These cookies will be stored in your browser only with your consent. You also have the option to opt-out of these cookies. But opting out of some of these cookies may affect your browsing experience.
Necessary Always Enabled
Necessary cookies are absolutely essential for the website to function properly. These cookies ensure basic functionalities and security features of the website, anonymously.
Functional
Functional cookies help to perform certain functionalities like sharing the content of the website on social media platforms, collect feedbacks, and other third-party features.
Performance
Performance cookies are used to understand and analyze the key performance indexes of the website which helps in delivering a better user experience for the visitors.
Analytics
Analytical cookies are used to understand how visitors interact with the website. These cookies help provide information on metrics the number of visitors, bounce rate, traffic source, etc.
Advertisement
Advertisement cookies are used to provide visitors with relevant ads and marketing campaigns. These cookies track visitors across websites and collect information to provide customized ads.
Others
Other uncategorized cookies are those that are being analyzed and have not been classified into a category as yet.
SAVE & ACCEPT